When people learn that I’m a #VocalinkInsider, they frequently share their own, personal experiences working with interpreters or translators. I will never forget the story one told me about her time as a trauma nurse that changed her career forever.

As a trauma nurse, Jane saw it all. She saw how easy it was for life to change in an instant. But during one especially slow evening, she met a family that she would never forget.

The hospital received a radio call from the local EMS that they were transporting a highly combative patient from a car accident. As Jane prepared the room for the man’s arrival, she wondered about the possible causes for his combativeness. Was the man drunk or on some kind of drugs or medication? Did he suffer a head injury? The list of possibilities was quite long.

The squad arrived soon thereafter, and people began bombarding the triage area. It was easy to identify the cause of the patient’s reaction to treatment. He did not speak any English. His friends and family members who were quickly filling the waiting area also did not speak any English. Everyone was frantic with worry and left without a way to ask questions or understand what was happening.

They Needed an Interpreter

I can only imagine how frightened this young man must have been. Not only was he severely injured in a horrific crash, but now a dozen people filled the room and were touching, prodding, and hurting him further in an attempt to save his life. Jane herself was only able to stroke his head and whisper “shhhh” to offer a sense of comfort.

The triage nurse called for an interpreter. In the meantime, a woman who they came to know as “Madre” was becoming more and more frantic, as was the rest of the ever-growing crowd that came to wait with her.

The interpreter arrived. She wasted no time. She quickly began to interpret for the medical staff as they gave a quick “he’s in good hands” to Madre and the rest of the family. She then followed Jane into the trauma bay. She immediately approached the young man and calmly began to interpret Jane’s message of comfort.  The change in his behavior was instantaneous. He became still and focused his attention on her. The nurses and medical staff were finally able to explain to this young man what needed to be done and why. They were finally able to communicate to him that his family was indeed at the hospital and he would be able to see them soon. Jane then went with the interpreter to the waiting area and interpreted the full explanation to those waiting about what was happening and that their loved one would live.

When I hear people ask, “why do I need an interpreter?” I think of Jane’s story. I think of Madre and her young son. I think of how an interpreter brought calm and understanding into chaos and confusion with the simple (but powerful!) act of empowering communication.

Helping others communicate clearly and effectively is what our Vocalink interpreters do every day. Through their knowledge and professionalism, interpreters help bring frightening situations under control quickly allowing medical staff to focus on the patient, family and friends to focus on support, and the patient to focus on healing.

Connect with us today to learn more about Vocalink Global’s Interpreting Services.

This website uses cookies to improve your experience while you navigate through the website. Out of these, the cookies that are categorized as necessary are stored on your browser as they are essential for the working of basic functionalities of the website. We also use third-party cookies that help us analyze and understand how you use this website. These cookies will be stored in your browser only with your consent. You also have the option to opt-out of these cookies. But opting out of some of these cookies may affect your browsing experience.
Necessary Always Enabled
Necessary cookies are absolutely essential for the website to function properly. This category only includes cookies that ensures basic functionalities and security features of the website. These cookies do not store any personal information.
Non-necessary
Any cookies that may not be particularly necessary for the website to function and is used specifically to collect user personal data via analytics, ads, other embedded contents are termed as non-necessary cookies. It is mandatory to procure user consent prior to running these cookies on your website.
SAVE & ACCEPT
Rush Translation Projects Now | 105+ Languages AvailableFree Estimate 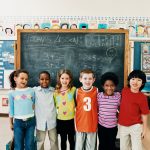 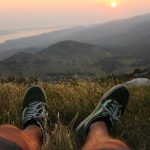 Stick Your Foot in the BreadfruitInterpreting, Translation/Localization