Typically, translation starts with a “source document” in a “source language,” which is given to a subject matter expert (SME) translator for translation into a “target language.” The end result is the source document written in a different language. The content may be localized for a target audience, but overall the goal is to deliver the message as written in the source text.

Transcreation, on the other hand, does not start with source text. Rather, it starts with an end-goal or message or overall concept, sometimes written as a “creative brief.” This is given to an SME linguist who creates brand new content in the target language to meet the goal and deliver the right message to the target audience. Transcreation is most often used in marketing, but can be employed whenever it’s time to establish a creative piece, or when you have a very specific market or demographic pinpointed.

Consider, for example, selling an innovative new energy drink product that doesn’t rely on caffeine to provide an energy boost. Attitudes toward energy drinks vary wildly around the world from super popular (like here in the U.S.) to skeptical/mistrusted/disliked (check out this article). Because attitudes toward energy drinks vary, and many countries regulate energy drinks (ban ingredients, limit ingredients, restrict sales to minors, and more), no single marketing campaign is going to work around the globe. In one country, emphasizing the all-natural ingredients might be the way to go. In another country, ensuring that the campaign is strictly targeted at adults might be paramount. Across an ocean, making sure you mention that there’s no caffeine or taurine in the product might be key. Each “transcreationist” will likely suggest different colors, images, tone, slogans, etc. to meet the end goal of selling the new product. 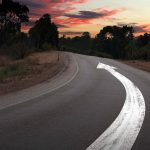 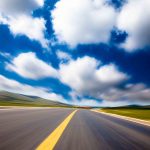