In whatever situation you find yourself, communication is key.  That’s a no brainer. Yet, there are many people in the world today left struggling with constant communication barriers. One of the segments of our global population who face constant communication barriers is indigenous people. Simply put, for many indigenous peoples, no one outside their small tribes or communities actually understands their languages.  In fact, these indigenous languages are “disappearing.” Almost 2,500 of the 7,000 languages used worldwide today are in danger of extinction. The United Nations has named 2019 the International Year of Indigenous Languages, known as IYIL2019.

What Barriers Do We Face Today?

Despite continued advances in technology, many people worldwide remain out of the loop. They may lack access to hardware, software, or utilities like electricity and internet service, or face language barriers because software and websites just aren’t available in a language they understand. These barriers compound over time as the rest of the world capitalizes on the information widely available to learn and grow, leaving those most in need behind. Typically, educational, promotional, and other content isn’t crafted with these languages or cultures in mind, and interpreters and translators for these languages are rare or non-existent. This makes effective communication very difficult, if not almost impossible.

Let’s look at one of the life sciences, pharmaceuticals, to get a better understanding of this. Throughout most of the developed areas of the world, if a person is worried about something like a potential drug interaction, what does he or she do? Look it up online! Whether using a smartphone, tablet, laptop, or desktop computer with wi-fi, mobile data, or hard-wired internet, information about drug interactions, side effects, and the like is available at our fingertips 24/7/365. The less common a language, however, the less likely this type of vital information can be found online. For the 2,500 languages in danger of extinction, the likelihood of finding online or even print reference materials is exceedingly low.  Even if translated materials can be found, they may not be both culturally and linguistically appropriate for indigenous populations.

The main objectives of IYIL2019 include improving quality of life and reaffirming cultural and linguistic continuity.

To accomplish these objectives, it will take the efforts of all stakeholders to provide support to indigenous people. We must first recognize their various, rich cultures and unique languages. With these in mind, we can develop processes to incorporate cultural competence and language access that supports them. Especially when it comes to the life sciences, including healthcare, improving quality of life requires making vital medical information available to all in languages they understand and written in a way that is appropriate for their unique cultures.

Let’s Not Forget About ASL

One of the areas that is often overlooked when it comes to thinking about language, especially indigenous language, is sign language. With more than 140 living sign languages in the world today, there are even more barriers to overcome with deaf and hard-of-hearing people. For example, people who communicate with American Sign Language are not able to understand British Sign Language without having an interpreter, much like different dialects in the English language are not interchangeable or understood by all. The disparities in communication effectiveness between hearing and deaf/hard-of-hearing individuals is especially poignant in the various life sciences, including healthcare.  In fact, a recent study looking through the eyes of American Sign Language (ASL) interpreters showed that deaf/hard-of-hearing patients did not understand instructions and that providers rarely confirmed understanding of their instructions.

Together We Can Make a Difference

IYIL2019’s stated goals are lofty and inspirational. The United Nations envisions “a world which, at the global, national and local levels, awards the honor and respect of official status to linguistic diversity and indigenous languages on the grounds that they are essential for the enjoyment of human rights and individual freedoms, and for reconciliation and peacebuilding”

Vocalink Global specializes in empowering people and brands to be heard understood across the languages and borders of the world. We stand with the United Nations in its efforts to focus global attention on the critical risks confronting indigenous languages. Helping organizations across the globe communicate more effectively every day by way of translation and interpretation services is our goal. Please connect with us to learn more. 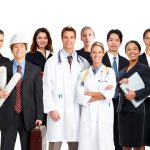