Thanksgiving is over and much of the world is getting ready to celebrate a full holiday season … Christmas, Hanukkah, Mawlid el-Nabi, Las Posadas, Kwanzaa, Omisoka, Yule, and more! We thought we’d start the celebration off with a little play on a classic holiday tune by presenting the Twelve Terms of Translation!

♪ The first term of Translation, I bet you cannot guess … Translation itself is the best! ♪

Translation: Translation is transforming text from one language to another while maintaining the overall message of the author.

♪ The second term of Translation is really more a phrase … Translate-Edit-Proofread for days! ♪

Translate-Edit-Proofread (“TEP”): TEP is a “four-eyes” approach to the translation process whereby one linguist translates and a second proofreads and edits to create the final product.

♪ The third term of Translation is related but much more … Localization celebrates culture galore! ♪

Localization (l10n):  Localization is the adaptation of software, content, products, etc. for a specific culture, language, and/or region. Fun fact! The abbreviation, l10n, is derived from the first and last letters with 10 letters in between.

♪ The fourth term of Translation, around the world we go … Internationalization starts off the show! ♪

Internationalization (i18n):  Creating software, content, products, etc. that can be adapted for use throughout the world without changing the underlying structure. Fun fact! The abbreviation, i18n, is derived from the first and last letters with 18 letters in between.

♪ The fifth term of Translation is easy to pronounce: Glob-al-i-za-tion! ♪

♪ The sixth term of Translation is the way we start …  a great Source File is a work of art! ♪

Source File: A source file is the material to be translated in its native file format, such as Microsoft Office (.doc, .xls, .ppt, etc.), inDesign, XML, PHP, or JSON. A hard copy document scanned and saved is not a “source file.”

Source Language: The source language is the language in which the Source File is written. For example, if you need to translate your website from English into Spanish, French, Simplified Chinese, Arabic, and German, English is the “Source Language.”

♪ The eighth term of Translation, now we’re really on a roll … the Target Language sets the linguists’ goal! ♪

Target Language: The target language is the language into which the Source File will be translated. In our website example, above, Spanish French, Simplified Chinese, Arabic, and German are the “Target Languages.”

♪ The ninth term of Translation helps the linguists out … Translation Memory makes suggestions to check out! ♪

Translation Memory (“TM”): A TM database stores segments of source and translated text pairs from previously translated material. This is continually updated with new material using a CAT Tool (Computer-Assisted Translation). The CAT Tool typically analyzes a Source Document and offers suggestions to the translator based on prior translations.

Transcreation: Also called “creative translation,” transcreation is the adaption of a creative work into another language and/or culture. It focuses on capturing the desired persuasive or emotional effect of the original text.

♪ The twelfth term of Translation involves an important VIP: for success, the In-Country Reviewer is key! ♪

In-Country Reviewer (“ICR”): An in-country reviewer is a member of the client’s staff (or a someone hired by the client) who reviews translated work with a focus on terminology and style with a goal of ensuring that the key terms, products, processes, etc. have been translated according to the client’s accepted conventions and aligns with the client company’s branding/persona. The ICR is sometimes called the “in-house reviewer” or “client-side reviewer.” 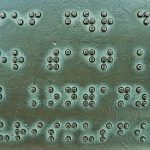