In any type of content, words are incredibly important. As a language solutions company, Vocalink Global has a deep respect for language. Our linguists are experts at transforming a message from one language to another. But as the old, English saying goes, “a picture is worth a thousand words.” A single bad image, wrong emoji, confusing icon, or bad color choice can irreparably alter your message. On the flip side, including the right images, emojis, and colors strengthens your message.

Take, for example, the humble “thumbs up” emoji.

Giving a thumb’s up is a sign of approval in the United States, Canada, the United Kingdom, Australia and Russia. But in many places in Latin America, West Africa and the Middle East, the thumbs up is offensive.

Just think of the ways the thumbs up emoji might make a mess of otherwise great content.

Whenever you are creating content for a multicultural audience, it’s important to think beyond the words. To avoid sending the wrong message … and better yet, to craft the strongest possible message … be sure to consider your content as a whole, including color, emoticons/emojis, and images.

Whether you’re creating a marketing campaign, a website, educational materials, or even writing a blog, your color choices can strongly influence the overall meaning of your message. Entire fields of study are dedicated to the concept of color psychology and the meanings ascribed to different colors around the world. Suffice it to say that no blog can give you a comprehensive list of the various cultural meanings of every color. So, let’s take a look at a few examples where the exact same color has very different meanings across cultures:

Nearly all of us use emoticons and/or emojis[1] in writing with friends and even business colleagues. We also find these tiny images increasingly used beyond personal messaging. But different cultures around the world tend to gravitate toward different emojis. In a study of more than 1 billion emoji sent by millions of users all over the world, SwiftKey identified some interesting trends:

You can appeal to your target audience by customizing emojis use to match their preferences.

Content without images is, in a word, boring. Photographs, drawings, charts, icons, and designs of all sorts bring content to life. But the wrong image has the opposite effect. Nothing kills the effectiveness of your content faster than a bad image. Unfortunately, “bad” is extremely subjective and varies wildly from culture to culture.

An example from marketing history illustrates. Most of us are familiar with Gerber baby food and its iconic image of a cherubic baby face on every jar. If you’re not, take a minute to look it up online. It’s worth the effort to truly understand the story.

When Gerber began selling its baby food – complete with the cherubic baby face on every jar – in certain places in Africa, sales plummeted. Why? Because consumers in those areas expected to see a picture of whatever was in the jar on its label. Yes. That’s right. Those consumers thought Gerber was trying to sell them jarred baby![3]

Understanding your target audience’s expectations and limitations when it comes to images can help avoid blunders like this one. Some top areas to consider include:

As in so many things in life, an ounce of prevention is worth a pound of cure. If you consider the “localizability” of both the words and visuals of your content at the start, you can avoid costly re-writes at the end of your project. Want to learn more? Check out these related blogs or connect with us today!

[1] Emoticons are images creating using characters on the keyboard. Emojis are actually small pictures or icons. Think 🙂 vs. ?.

[3] This tale of woe frequently appears on lists of the worst marketing mistakes every, like this one: https://www.business2community.com/branding/13-brand-blunders-busted-0349167. 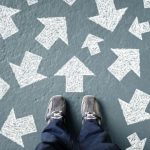 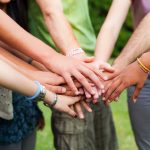