Earlier this year, my colleague, Ahmed Kamal, blogged about a translation mistake that went undiscovered for thirty years and ultimately cost a country hundreds of millions of dollars in unnecessary construction work. That blog went on to discuss the importance of accuracy in technical translation, especially with things like units of measurement, specialized terminology, and instructions.

Recently, I read about a similar technical translation error that went undiscovered for a year … during which time 47 patients received faulty knee replacements. Essentially, knee replacement devices come in two types: cemented and non-cemented. A U.S. medical device manufacturer had the “instructions for use” insert translated into German for its “non-modular cemented” knee prosthesis. But, it did not translate the outside of the packaging (and German law didn’t require that it do so).

Hospital staff at a hospital in Berlin wanted the outside of the packaging labeled in German. A bilingual staff member performed the translation. For unexplained reasons, no one looked at the translated instructions for use insert.  Unfortunately, the staff member got it wrong. He translated “non-modular cemented” as “non cemented.” Stickers with the incorrect translation were then put on the packaging. The prostheses were implanted without cement 47 times in a row over the course of a year before the mistake was discovered. The 47 patients experienced pain and suffering and had to have costly remedial surgery. They sued both the U.S. device manufacturer and the hospital for pain and suffering and received large payouts. [1]

While the above story highlighted the importance of accuracy in technical translation, it got me thinking about another major factor that contributed to the error: culture.

While the news stories reporting on this didn’t get into why the outer packaging and instructions for use were handled the way they were, I suspect culture played a major role. In the U.S., labeling laws, influenced by our litigious culture of product liability and medical malpractice, are very specific. Both the instructions for use and the outside packaging would need to be translated, should the situation has been reversed and a German product was being shipped to the U.S. The German laws weren’t as specific, and the American culture of conforming to the letter of the law may well have played a role in the decision not to translate the outer packaging.

Why is Culture Overlooked in Technical Translations?

Cultural influence on language is often overlooked in technical translation because science is science, regardless of language. One scholar put it this way: “… the notion [is] that technical domains are devoid of cultural influences due to the fact that the laws of the sciences from which technical domains stem, namely the laws of physical sciences, are above the constraints of any one national culture.”[2] And, of course, this is true. But as this scholar goes on to explain, language itself is subject to substantial cultural influences, even when it comes to “technical” content.

Cultural differences abound in technical terminology, text structure, sentence structure, syntax, and beyond. For example, in English, there are separate words for “screw” and “bolt.” These are two different objects, used in similar, but distinct ways. In German, on the other hand, both are called a “Schraube” (screw).  The difference is denoted as “ohne Mutter” (without nut) or “mit Mutter” (with nut). This has absolutely nothing to do with the items, themselves, which are identical. Rather, the conceptualizations of the objects differ due to cultural preferences that present themselves through language choices.

Even the above sentence stating the German phrases for “screw” and “bolt” might leave some U.S. English readers feeling slightly uncomfortable. Why? Because in common, English syntax, we expect “with or without” to come in that order. We start with “with” and move to “without.” So, we’d expect that sentence to end “… with the difference being further explained as ‘mit Mutter’ (with nut) or ‘ohne Mutter’ (without nut),” and not the other way around.

Even the order in which sections of text are organized can differ by culture. Take, for example, court decisions. Court decisions are structured differently in different cultures:

The challenge for the technical translator – especially when he/she hails from a different culture than the writer, even though they share a common language – is to determine how best to stay true to the intended meaning of the text without straying too far from the author’s word choices, text structure, and the like.

The above example illustrates how very important it is to rely on culturally competent, subject matter expert, professional translators for technical translations. These experts must combine advanced knowledge regarding the source and target languages, the source and target cultures, and the subject matter to successfully convey the technical information in a way the reader will understand.

At Vocalink Global, we translate a variety of technical documents, including packaging, inserts, instructions, safety information, and patent applications for medical supplies and devices. My primary responsibility at Vocalink Global is to ensure that our translation team has the language skills, cultural competence, and technical expertise to ensure our clients’ content is heard and understood across language and culture. Want more information? Connect with us today!

[1] As reported in “Errors in handling and manufacturing of orthopaedic implants: the tip of the iceberg of an unrecognized system problem?”  Johannes K. Fakler, Yhan Robinson, Christoph E. Heyde, and Thilo Joh, Patient Safety in Surgery 2007, available online here:   https://pssjournal.biomedcentral.com/articles/10.1186/1754-9493-1-5 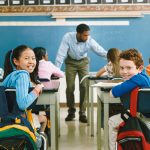 The Struggle to Understand: How English Affects the Learning of Immigrant StudentsCompliance, Interpreting, Translation/Localization 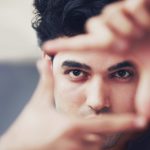