In his recent Blog, “Translation Quality Assessment: Assessing Quality at the Source,” Vocalink Global’s Director of Localization Solutions, Mohamed Hassan, discussed the importance of starting with a quality source document in order to achieve a quality translation. When your source document is in English, this means writing in “Global English.”

According to John R. Kohl, author of the book Global English: Writing Clear, Translatable Documentation for a Global Market, a document that is written in Global English makes “written texts easier to translate or easier for non-native speakers of English to read and comprehend.”

What is Global English?

What is Global English? Global English is a set of guidelines for written English that should be followed in order to publish an easily understandable document.  It starts with the same suggestions Mohamed made  in his blog for writing any source document in any language when that source document is destined for translation:

But when speaking specifically about English, there are some particular items to keep in mind.

When introducing a list in the document, use a complete sentence.

Using Global English will help you

Using Global English has many benefits. Some examples are listed below.

In the first example, each bullet is an alternative ending to a single sentence. However, not every language structures its sentences like English, making the “half a sentence followed by several possible endings” structure difficult to translate. By using complete sentences in the list, the translation becomes much easier for translators whose languages have different sentence structures.

I really, truly, sincerely want you to understand the major, incredible, extreme importance of limiting multiple adjectives and adverbs. (Yes. That was a very clear example of what NOT to do.) Much as in our prior example, not every language uses the “adjective then noun” or “adverb then verb” structure. Having two or three or more adjectives/adverbs modifying a single noun/verb can get pretty wordy and confusing in some languages.

I asked my coworker, whose first language is Romanian, to translate that ugly first sentence for me. After trial and error, she came up with it.

Her feedback was telling: “It took me a while to have it make sense the way you wanted it to make sense.” My response? “I think you just proved my point!”

If you’re going outside on 1/7/19, do you think you’ll need a coat? That may well depend on whether this is January 7, 2019 or July 1, 2019. Different languages express dates differently. In the U.S., we use month-day-year. But in other places in the world – Switzerland, for example – it’s day-month-year. Writing dates out (January 7, 2019) avoids this confusion.

Some people use the semicolon correctly; others misuse it badly. In English, the semicolon is used when an author could end a sentence, but chooses not to do so. It is frequently used to join two or more ideas or independent clauses that are connected. The semicolon is difficult to master for the strictest grammarians. Avoid it altogether when writing for translation. Use two, short sentences instead.

Parentheticals let us write what we might whisper behind our hand to a friend in conversation (you know what I mean?). They also let us provide additional information (such as the fact that this blog frequently ignores the very rules it espouses). Parentheses and other types of brackets have different functions in different languages. In Russia, for example, a single “)” is the functional equivalent of “:-)” or “:)”

If you haven’t tried writing in Global English, it’s worth the exercise. Overall, you’ll probably find your writing becomes more clear and concise, and you may even adopt it for documents you don’t plan to translate. 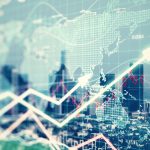