This past weekend, about 40% of countries worldwide recognized Daylight Saving Time (DST) by shifting clocks across the globe. DST represents a seasonal time change aimed at maximizing daylight hours during typical working hours.  Under the DST system, we “spring forward” one hour around the start of spring and “fall back” one hour in autumn. While not every country recognizes DST, the changing of time plays a role within different cultures in terms of value and perception.

The History Behind DST

People have been experimenting with time adjustments for a variety of reasons throughout the past 100+ years. In this blog, we’ll explore the ideas created within Canada, Germany, Great Britain, and ancient civilizations by individuals who all had a similar goal in mind. [1]

The Canadians first experimented with the idea of changing time ahead by one hour on July 1, 1908. On this day, residents of Port Arthur, Ontario began the world’s first DST period. While other locations in Canada shortly followed suit, it took a few additional years for other countries to adopt the idea.

As Germany introduced DST in 1916, 2 years into World War I, the idea grew in popularity. Germany sought to minimize using artificial lighting during the war to save fuel for war efforts. A few weeks later, the United Kingdom, France, and many other countries adopted the idea. Most of these countries abandoned DST and reverted to standard time after World War I, but the concept returned to Europe at the start of the next World War.

New Zealand scientist George Vernon Hudson and British builder William Willett presented the idea of a time shift to the Wellington Philosophical Society back in 1895. At the time, they proposed a 2-hour shift in March. Although there was interest, the idea fell flat. In 1905, Willett independently suggested setting clocks ahead 20 minutes on each of the 4 Sundays in April and switching them back by the same amount on each of the 4 Sundays in September.

Willett caught the attention of the British Member of Parliament Robert Pearce, who introduced the bill to the House of Commons in February 1908. Although the drafted bill had a lot of interest, there was also a lot of opposition, bringing the idea to a close. Eight years later, the United Kingdom joined the DST movement during World War I. Sadly, Willett passed away in 1915, missing the realization of his idea by just one year.

Although DST, as we know it today, has only been around for 100 years, it’s suspected that ancient civilizations engaged with similar practices thousands of years ago. To represent different months of the years, the Roman water clocks had different scales that adjusted to solar time.

Daylight Saving Time is in use in over 70 countries worldwide. Although the beginning and end dates vary from one country to another, time orientation of a culture reflects the recognition of time. Chronemics is the study of the use of time. This not only includes the value of time by individuals and cultures, but also the perception of time. In a previous blog, When is 2 O’Clock Not 2 O’Clock, we explored the impact of clock time vs activity time within different cultures, and the impact this has within healthcare, public transportation, education, and other industries. Let’s now explore chronemics and the differences between how cultures use their time.

Monochronic describes a culture that completes items one at a time, or in a single order. This allows these cultures to measure time in small, simple units, making it easy to schedule, arrange, and manage. Monochronic cultures view time as a tangible commodity. You can either spend it, save it, or waste it. Schedules are popular within these cultures, as these individuals like to get their work completed and feel accomplished. The United States, Germany, Switzerland, Britain, Canada, Japan, South Korea, Turkey, and the Scandinavian countries are monochronic cultures. DST has a large impact on monochronic cultures, as schedules need to change to accommodate an additional or missing hour in a day, depending on the time of year.

A polychronic culture completes multiple different items at once. Such cultures are known to take a very fluid approach to schedule their time, as they put less focus on accounting for each individual minute. Polychronic cultures are known to hold relationships in a higher regard than completing tasks. You won’t find a calendar or schedule dictating how an individual should spend their time within polychronic cultures. Latin American, African, Asian, Arab, Mexican, Pakistani, Indian, Chinese, and Egyptian cultures are all examples here. DST has less of an impact on these cultures, making it easier for them to adjust to any time changes.

Of course, business people in polychronic cultures are forced to adapt to monochronic ways when doing business with the U.S. and other countries where monochronic thinking is dominant, and vice versa. Further, sub-cultures within a single country may look at time differently. Generally, understanding how different cultures look and value time helps people and brands work successfully in a multicultural space. Considering how a time change effects a certain culture’s view on time is important to ensure clear communication, especially during those times when the clocks change.

At Vocalink Global, we help organizations around the world speak more clearly to those from other cultures. Time change or not, it’s important to consider an individual’s culture to ensure clear communication. Connect with us to learn how we can help your brand be heard and understood across any culture and language. 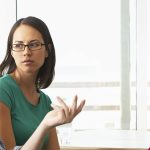 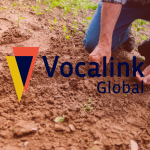