It’s December and high school students across Ohio are taking “end-of-course exams.” These exams are one of the ways students can earn the “graduation points” they need to graduate with a high school diploma.[1] Standardized testing is a major part of the American education system. In a prior blog, our Director of Localization Solutions, Mohamed Hassan, related the story of moving his family from Cairo, Egypt to Ohio and his sons’ struggles learning and testing in English. For standardized tests, is vital to evaluate a students’ knowledge of the subject matter, not their ability to read, write, and comprehend in English. That is where “CALP” comes in.

The Importance of CALP

The concept of “Cognitive Academic Language Proficiency” (or “CALP”) is an important one. There is a major difference between being able to order food in a restaurant, gossip and play games with your friends, or ask for directions to your next class, and being able to discuss science, math, history, social studies, literature, health, etc. The language of academics, and really of each individual academic subject, includes its own unique terminology. It takes CALP to understand this language.

Put Yourself in Their Shoes

Western Illinois University has an amazing thought experiment available on its website to help those of us fluent in English feel what it’s like to be an ELL student.[2] In it, we’re asked to solve a relatively simple math “story problem” (at the 3rd-grade level). Math is universal, right? So, this should be no problem!

We are first provided with a limited glossary of word equivalents between Japanese and English.  The question and the responses use the words in the glossary and standard number characters, but the math terms are not translated as that’s seen as providing an “unfair advantage.” With only the glossary available, we’re challenged to read the story and answer the questions.

Go ahead and click below to try it out yourself. Afterward, come back for a discussion on how schools can help ELL students (and trust me … you’re going to want to help after going through this experiment!)

Experiment: How Would You Do as an ELL Student?

I’m no slouch when it comes to academics (Mensa, law school valedictorian…). Let me assure you, I tried. I tried hard to understand the story and answer the questions.

After three minutes of not being able to figure out the very first character/word, I switched tactics and tried to identify those words that I could find in the glossary. I got about every second or third word in the opening paragraph and the first two questions. That took more than 20 minutes. At that point, I gave up and looked at the English version. The English version has a name, Darin, that’s not in the glossary. It’s was that first word of the story problem that I couldn’t figure out. There are several other symbols that just don’t appear in the glossary.

On the English version, it took me five minutes to read and answer all four questions correctly.  Even if the glossary was complete, ELL students with as much (or as little) knowledge of English as I have of Japanese would take an hour to complete that one story problem. Plus, they would experience the same stress, anxiety, and frustration I did from having to refer back to the glossary over and over again and not being able to figure out words in a foreign alphabet. I gave up after 20 minutes, but students would have to slog through it and finish to get a good score.

In the end, the University recounts three very important lessons learned from this experiment:

How Can Schools Help?

Now that we all have a better understanding of the need, let’s look at some ways to help. The state of Ohio suggests several options that are generally representative of the types of help ELL students might need during standardized testing.[3]

Vocalink Global proudly supports school districts at test time and beyond. From translated tests to on-site and video interpreters, we help schools empower English Language Learner students to demonstrate their subject matter knowledge and ability, regardless of their Cognitive Academic Language Proficiency.  Want to learn more? Connect with us today! 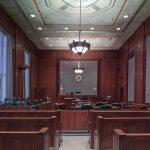