Google Translate is a pretty amazing, free tool. But when it comes to really important things – like the fundamental right and privilege of American citizens to vote in public elections – organizations should remember this very basic rule: you get what you pay for.

Election officials in Bexar County, Texas are facing heat from the American Civil Liberties Union after it advertised an “Escurrimiento Elección” on its website. An “Escurrimiento Elección,” according to Google Translate, is an “election runoff.” In reality, however, this phrase means “election water leak” or “election drainage.” The Bexar elections administrator confirmed that the department was using Google Translate to create Spanish voting materials. In fact, the county used Google Translate to translate its entire website, according to the county official.[1]

As we discussed in our blog, “Set Context for Content Localization Success,” context is key for understanding content. This is especially true for homonyms – words that are spelled alike and sound alike, but have multiple meanings. For example:

The homonym “runoff” was the culprit for Bexar County’s election officials. Runoff does mean drainage or water leak, in the right context. For example: “Civil engineers must consider water runoff carefully when planning new developments in hilly environments.” But an election “runoff” is an entirely different thing. It’s a second election between the top two vote-getters where no single candidate met the victory conditions in a primary or general election. Machines, unfortunately,  have trouble with homonyms because they have trouble with context.

Though technology continues to improve, there are no machine translation options – Google Translate included – that can accurately judge context in all cases. Machines are limited to evaluating the data they’re given. While one might expect that the word “Elección” (“Election,” in English) would provide the right context for a machine translator, it clearly wasn’t enough in Bexar County.

Other Contextual Barriers for Google Translate

Homonyms aren’t the only thing that trip up Google Translate and similar machine translation tools. Context is also key when translating languages that include gender-neutral pronouns, like Turkish and Finnish, into languages with gendered pronouns, like English. Turkish uses pronoun “o” regardless of gender. One must know the person at issue to properly translate “o” into a language like English that distinguishes between “he” and “she.”

Unfortunately, without context, machine translators like Google Translate can’t know which pronoun to use. Put “Terry went to the market and then “o” went home” in Turkish into Google Translate and it still won’t know whether to use “he” or “she” for “Terry.”

Human beings have the unique ability to understand language because our “data processing center” – our brains – don’t rely solely on data input in a given moment. Rather, we rely on the entirety of our experiences and knowledge. This provides instant context to help us understand what is meant in most circumstances. And, when human translators still don’t quite understand the context of content, they have a major advantage over a machine: they can stop and ask. They can call up their client and say, “I’m not sure exactly what you mean here. Can you provide some context?” Or they can do some online research. Or they can refer to a style guide or reference sheet. What they don’t have to do is guess.

The Best of Both Worlds

At Vocalink Global, our translation team harnesses both the power of the human brain and technology to ensure accurate, culturally relevant translations. Our linguists bring the full breadth of their knowledge and experience to each translation project, which is further augmented by sophisticated translation memory databanks and automated quality checks.  For machine translation solutions, our linguists engage in post-editing, ensuring that confusing homonyms, vague pronouns, and other oddities and ambiguities are properly handled, in context. Want to learn more? Connect with us today!

[2] See “Is Google Translate SEXIST? Users report biased results when translating gender-neutral languages into English,” Shivali Best, Daily Mail, 12/1/2017, available online here: https://www.dailymail.co.uk/sciencetech/article-5136607/Is-Google-Translate-SEXIST.html. Note: this author personally tested these two examples on October 18, 2018 and found the same result. It seems, then, that Google has yet to find a solution to this issue. 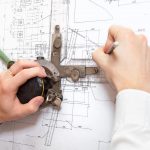 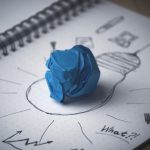